How do you reflect on a year where reality became stranger than fiction? Even from the small and personal perspective of my own indie career, the task is daunting.

To make some sort of sense of a year that felt a thousand years and simultaneously only five minutes long, I’ve split it into quarters.

I’ve also chosen to mainly focus on the small good things that happened to me. Quite aside from all the, er, general 2020-ness going on on a global scale, 2020 was my worst year ever in terms of words written, so it’s good to remind myself that wasn’t all it was.

1st Quarter: The Before Times

I publish a book

It’s slightly surprising to remember this because it feels so long ago. But in January 2020, The Court of Mortals released! Bringing my grand total of books published to THREE whole novels! 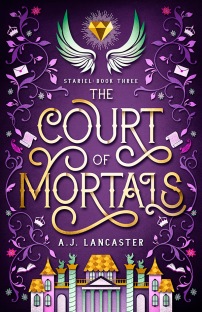 Also in January, the amazingly talented Chiara Schieder sent me this beautiful fanart of Wyn!!! I think I made a sound only audible to bats when it turned up unexpectedly in my inbox. One of my secret author dreams has been to inspire fanart, and I was tickled pink when it actually! happened! 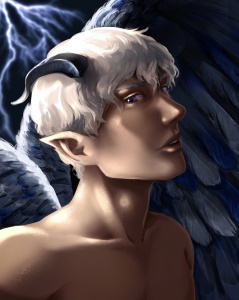 A fogbank lies over the weeks between March and May when New Zealand was in Levels 4 and 3 of our alert system. I remember driving out of Wellington on eerily quiet roads, the electronic highway signs flashing: “Stay calm; be kind. Level 4 at midnight.”

It felt like driving ahead of a storm, like a scene from a post-apocalyptic movie. I’d never felt dread with such physicality before; a persistent, painful tightness in my chest, the inability to focus, the bewildered surreality of a nation all tuning in each day for the 1pm press briefing.

Autumn is the loveliest time at my parents’ farm, I think, and the dissonance between the golden fields beneath crisp blue skies and the increasingly grim news headlines utterly did my head in. It was also our busiest time of year in my day job, and I was working remotely, but I didn’t get enough done, distracted and anxious as I was, and consequently worked a lot of overtime when we went back to Level 2.

3rd Quarter: Apparently a lot of stuff happened when I list it all out?

In this part of the year, New Zealand slowly returned to normal and the rest of the world largely didn’t. This dual reality continues even as I write this post. I’m grateful for my good fortune even as I worry for my friends and family overseas. Kia kaha, koutou.

I was a finalist in two categories for New Zealand’s SFF awards: The Prince of Secrets for Best Novel and my very own self for Best New Talent.

End of July was CoNZealand! It wasn’t the Wellington-based conference we’d all hoped for, but there was an amazing array of online panels. I even spoke (incredibly nervously) on some!

In August, the first of the Stariel audiobooks was released by Podium Publishing, swiftly followed by #2 and #3. The audiobooks have brought me so so much joy. The narrator, Finty Williams, is AMAZING and has brought the stories to life. Whenever I feel my motivation for finishing the final book flagging, I remind myself that once it’s finished I’ll get to hear it in audiobook format!

My sister made me two cakes this year, one when I launched The Court of Mortals and one when the audiobook of The Prince of Secrets released. Which now means I’m only one cake away from completing the set:

One of the last things that happened in 2020 was a glowing review for The Lord of Stariel on one of the biggest sites for romance reviews: Smart Bitches Trashy Books. I appreciate every single one of my reviews – they’re one of the most powerful ways readers can hear about my books. However, I generally avoid reading reviews for my own sanity. But this one gets a mention in my ‘list of positives amidst the sea of 2020’ not only because

(a) not gonna lie, it was hugely flattering to my ego but also

which was extremely exciting to see when I checked my sales report. 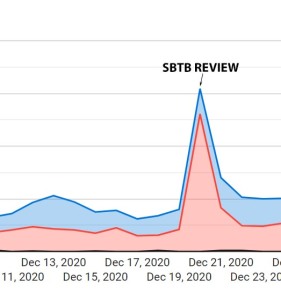 I can’t even blame the pandemic. (Well, mostly; it probably didn’t help).

My writing paralysis dates from the Before Times in late 2019, after I finished The Court of Mortals. No matter how many hours I spent in front of the manuscript, endlessly writing, rewriting, arranging and rearranging scenes, the next book refused to work. My panic and self-loathing got fairly dire.

I may write a separate post about what helped kick me out of the spiral, but the good news is that my brain came back online in late 2020 and I’ve been making heaps of progress since. The King of Faerie will release in August, come hell or high water.

View all posts by AJLancaster

8 thoughts on “Writerly reflections 2020: A year in four parts”

Want to keep up to date with my news? Sign up to my newsletter