It feels longer than a year.

Self-publishing effectively involves starting your own small business – on top of the actual writing and, in many people’s cases, including my own – on top of the full-time day job and general detritus of life administration.

Piecing together stolen moments – from lunch hours and evenings and weekends, while waiting at bus stops and seated on planes – does strange things to one’s sense of time.

But it has only been a year since I published The Lord of Stariel. Wow.

The happenings of a year are too much to fit in one blog post, so here is a random sampling of eight highlights (in no particular order).

I could not be happier with the covers for my books, made by Jenny Zemanek at Seedlings Design Studio. Here are the three so far revealed (you’ll have to wait for Book 4’s cover, but it is every bit as pretty).

I launched The Lord of Stariel in my living room last November because I wanted it to be as non-stressful and fun as possible. I made cake; my sister decorated it. I wore a T-shirt with my book cover on. I stacked a pile of books nonchalantly in the corner and signed them upon request.

I highly recommend this approach to book launches and am in fact planning the exact same sort of event for the launch of Book 3 (I didn’t have an official party for Book 2 because it released so soon after Book 1).

#3 Hard copies on my shelf 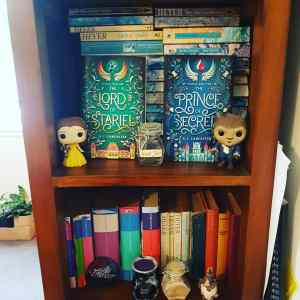 I think every author imagines the moment when they will hold a physical copy of their finished book in their hands. When my box of advanced copies arrived (for the book launch!), I let out a noise audible only to bats.

Writing and publishing one book could be written off as a fluke; publishing my second book The Prince of Secrets made my dreams of a writing career feel less like a dream and more like something I could build, one brick (book) at a time. 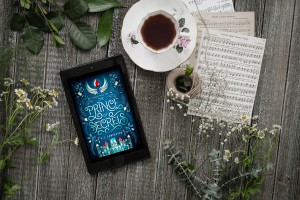 Because I am self-published, I wasn’t sure whether my books would make it into libraries. But they have! Mostly to NZ libraries, but also to some in the US! I even found one on the shelf in the temporary Wellington central library (temporary due to the closure of the main library because of earthquake risk). 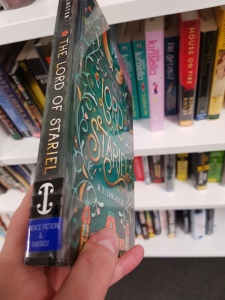 Who knew there were so many fantasy writers in Wellington!

A big shout out to Melanie Harding-Shaw, who has this year been determinedly reaching out and organising Wellington speculative fiction writers into regular meet-ups, a process that bears no small resemblance to herding cats. 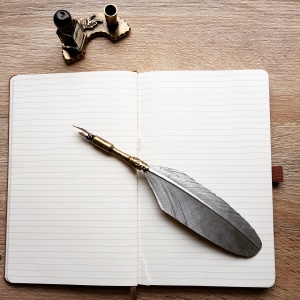 Earlier this year I also attended the Romance Writers of New Zealand conference in Christchurch (and wrote about it here), which exceeded expectations in terms of both fun and learning. I have yet to make it along to a Wellington chapter meeting due to scheduling conflicts, but they keep inviting me, so I hope to make it along to one in 2020!

This is a competition orchestrated by author Mark Lawrence. It involves 10 book bloggers working their way through 300 self-published fantasy titles to choose the winner.

The competition is still underway, and The Lord of Stariel remains in the running as of this blog post, having been picked as a semi-finalist by the blog it was assigned to. I’m thrilled about that, but that’s not actually the highlight I’m celebrating here. No, what I want to celebrate is that I fronted up to the start line and entered my book into the competition at all!

I am my own worst enemy, and tend to not even enter things because I’ve already decided I’m unworthy. You can’t fail if you don’t sign up, right? This year I’ve been making a concerted effort to stop thinking like that, and to start thinking more like, well, this:

“Success is not final, failure is not fatal: it is the courage to continue that counts”—Winston Churchill

“It is impossible to live without failing at something, unless you live so cautiously that you might as well not have lived at all – in which case, you fail by default.”—JK Rowling

“The master has failed more times than the beginner has ever tried.”—Stephen McCranie

“Failures, repeated failures, are finger posts on the road to achievement. One fails forward toward success.” —C. S. Lewis

I like inspirational quotes, but they can also make it sound like a very glib process, when the reality of putting myself forward and risking failure has been extremely difficult—but also rewarding, I think. The more you shove at the edges of your comfort zone, the bigger it gets.

(As well as being a small milestone in my ongoing journey of Trying To Hide Myself Under Rocks Less, being part of SPFBO has also turned out to be quite fun. There’s a feeling of community to it and heaps of good indie fantasy books to be found by browsing the list of SPFBO books. I shall have to do another post on ones I’ve read and enjoyed so far!)

Last November, the only way I could make myself press that big ‘publish’ button was to pretend that no one would actually read my book.

This, delightfully, has turned out to be not true. The first time a reader got in touch to say how much they liked my book, I had to take several hours to compose myself sufficiently to be able to respond with some degree of professionalism rather than a string of incoherent exclamation marks.

So thank you, readers, for buying my book, for leaving reviews, for sending me emails, for making and liking posts, and for tweeting tweets. You have been the most wonderful part of this indie publishing gig.

View all posts by AJLancaster

6 thoughts on “One year of self-publishing: Highlights”

Want to keep up to date with my news? Sign up to my newsletter